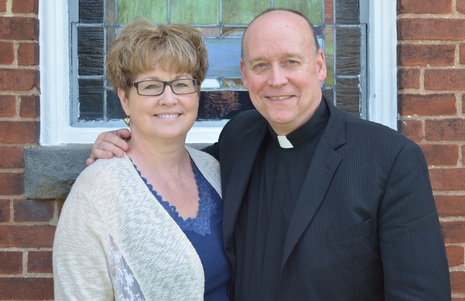 Pastor Cary Moorman was born and raised in Richmond, Indiana, where basketball is so dominant, that it’s been called Hoosier Hysteria.  That, along with Hoosier Hospitality, has provided many wonderful memories and a strong foundation for his life and ministry.  Pastor Cary is a graduate of Indiana University, earning a Bachelor of Science Degree in Business Management (1978).  From there he went on to graduate school and received a Masters of Divinity from Trinity Lutheran Seminary in Columbus, Ohio (1982) and then a Masters of Science in Pastoral Counseling from Loyola College (1987).

He was ordained as a Lutheran pastor on August 29th, 1982, and shortly thereafter, accepted his first ‘call’ to St. John’s Lutheran Church in Jacksonville Maryland.  Cary served as Associate Pastor at St. John’s for almost ten years and it was there that he met his wife, Sandy, of 29 years.  Since his time at St. John’s, he and his family have lived in five different counties in Maryland, serving in several and diverse congregations.  During that time, he was privileged to experience unique opportunities; as an associate pastor, lead pastor, mission developer, and interim/consulting pastor.  His greatest joy in ministry is sharing the Good News of the Kingdom of God… and encouraging others to use their God-given gifts to live out their faith journey.  In a nutshell, his passion is ‘to make disciples’ for Jesus Christ!
​
Cary and his wife, Sandy, now live in Frederick, Maryland, and have three children; Margot (25 yrs. old and married to Jeff Morris-both now serving in ministry at Hartland Christian Camp in the Sierra Mountains in California), Jonathan (23 yrs. old, working as a graphic designer and recently married to Katie McDonough), and Rebecca (student at Towson University majoring in Music Education).  Pastor Cary has a passion for writing and presenting dramatic productions.  He also thoroughly enjoys traveling (especially to National Parks), camping, hiking, gardening, and just hangin’ out with his family. 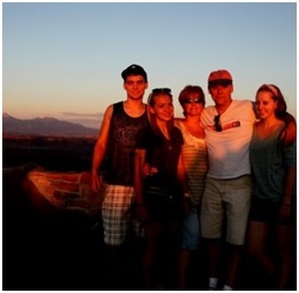